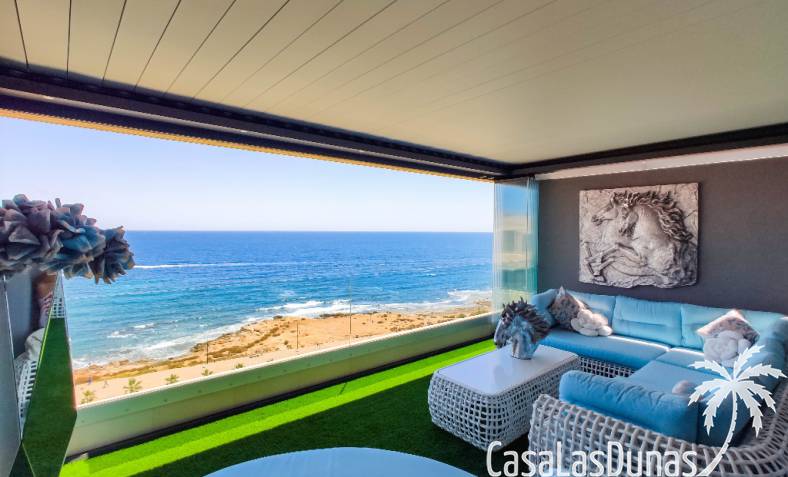 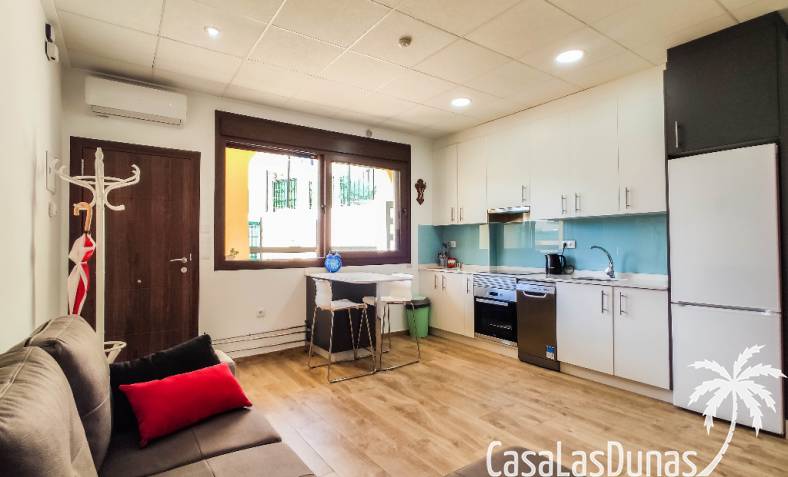 The Costa Blanca, which is situated in the east of Spain, consists of two clearly different landscapes. In the North, a curtain of mountains runs parallel to the sea, descending at times to form cliffs; in the South, a vast plain of sand patches, palm trees and salt lakes make a nice scenery for the beaches.

If you like to travel, you can choose any of the corners of this coast, from the most touristic and cosmopolitan to those which still maintain their rural look beside the sea. In any case, the trip to the regions nearby is well worth the visit, as they are a fine representation of the typical Mediterranean countryside.

From the valleys, which are covered with orchards and its visible Moorish past, to the palm trees of unmistakable African origin, the horizons of the Costa Blanca offer the most varied attractions. The climate offers variations as well, the temperatures in the winter have an average of around 17ºC, and in the summer it has an average around 35 ºC. Rain is scarce, though the humidity is logically higher in the mountainous northern sector, in comparison with the lowlands which surround Elche and Orihuela. The fields of almond trees, the vineyards, the fruit orchards and the magnificent palm trees form a vegetation which compliments the oriental nature of the landscape.

The Costa Blanca is so called, because in the past you could see a lot of white flowering almond trees which extended over most of its coastline. It also has an known reputation for the healthiest climate in Europe with lots of sunshine, mild temperatures and low humidity.

The Costa Blanca offers one of the best and most extensive ranges of tourist amenities in Europe through the quality of its services, its excellent climate and its cultural richness. The beaches and mountains of the province are a delight to everyone who visits them. The numerous Costa Blanca areas for leisure and entertainment has been further enhanced by the opening of Terra Mitica near Benidorm, one of the most modern and attractive theme parks in Europe.

The Costa Blanca is one of the most mountainous areas in Europe with some impressive peaks right on the coast. The geographic map of the Costa Blanca shows the Piug Campana for instance, a pyramid shaped mountain that overlooks Alfaz del Pi and rises to a height of 1.410 meters. You can also see on the map that the Sierra Bernia mountain range is making an impressive barrier that separates the Marina Alta from the Marina Baja and Calpe from Altea. The map shows that it´s rising to a height of 1.129 meters, and has been compared to the Black Rock of Skye.

A good way to explore these mountains, if you are reasonably fit and have the time, is to drive to the meeting place of the Costa Blanca Mountain Walkers. Here you enjoy a guided walk with good company among some wonderful mountain scenery. You do not need a map since Costa Blanca Mountain Walkers already know the way. If you are not feeling fit or don’t want to walk? Then a good option is to drive to a mountain village like Tarbena and enjoy the view while having a lunch of traditional Valencia, Calpe, Alicante, Altean specialties. In the whole area you can see Moorish castles. You can look them up on the geographic map of the Costa Blanca. The most famous one is the Guadalest fortress of Al Zaraq that belonged to the Denia Taifate. From Calpe the quickest way to get there is to take the freeway entrance before Altea and exit just before the toll booths and go in the Altea la Vieja – Callosa d´en Sarria direction, and then follow the signs. Guadalest is on a rocky outcrop between the Sierra Aitana and Sierra Serella from which you can see the wooded lake.

Costa Blanca national roads started with the N332 that connected all the coastal towns. This is still very useful and has been supplemented by the A7 freeway (Autopista del Mediterraneo). You can see on the map that it is running over the length of the Costa Blanca with the Calpe-Benissa-Altea stretch passing through the Bernia mountain range.

The A7 freeway is the fastest way to get around the Costa Blanca. Calpe to Denia takes 20 minutes and Calpe to Alicante 45 minutes. It is not showing on the map but it also goes to Alicante airport making it possible to leave Gatwick in the morning and relax on your villas sun terrace in the afternoon.

The Calpe – Moraira road takes you along the bays and cliff tops to give some great Mediterranean views and it provides access to the Calpe, Benissa and Moraira coastal urbanizations. From Moraira it turns inland towards Teulada, Benitachell and Javea and the inland villages of Jalon, Alcalali and Lliber.