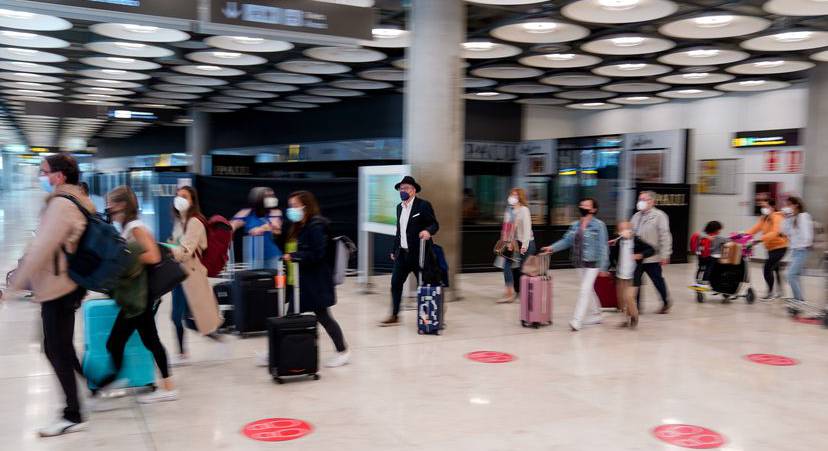 Speaking on Friday at the Fitur tourism fair, Spanish Prime Minister Pedro Sánchez said in English that the country “will be delighted to receive British tourists”

The Spanish government has opted to add the United Kingdom and Japan to the list of countries whose residents will not be subject to coronavirus restrictions when traveling to Spain, including the requirement to present a negative PCR test on arrival. That’s according to an order that was published today in the Official State Gazette (BOE), which justifies the decision arguing that Spain usually receives a large number of visitors from the United Kingdom, “meaning that many economic sectors need to adapt their capacities in advance to the changes that will take place at the borders.”

The order will come into force on Monday, May 24, and will mean that the UK and Japan will no longer be subject to the temporary restrictions on non-essential travel to the European Union via external borders when their destination is Spain. The order makes reference to the fact that the European Council is currently engaged in a debate to lift the restrictions for the same countries across the entire bloc, something that is likely to happen soon. 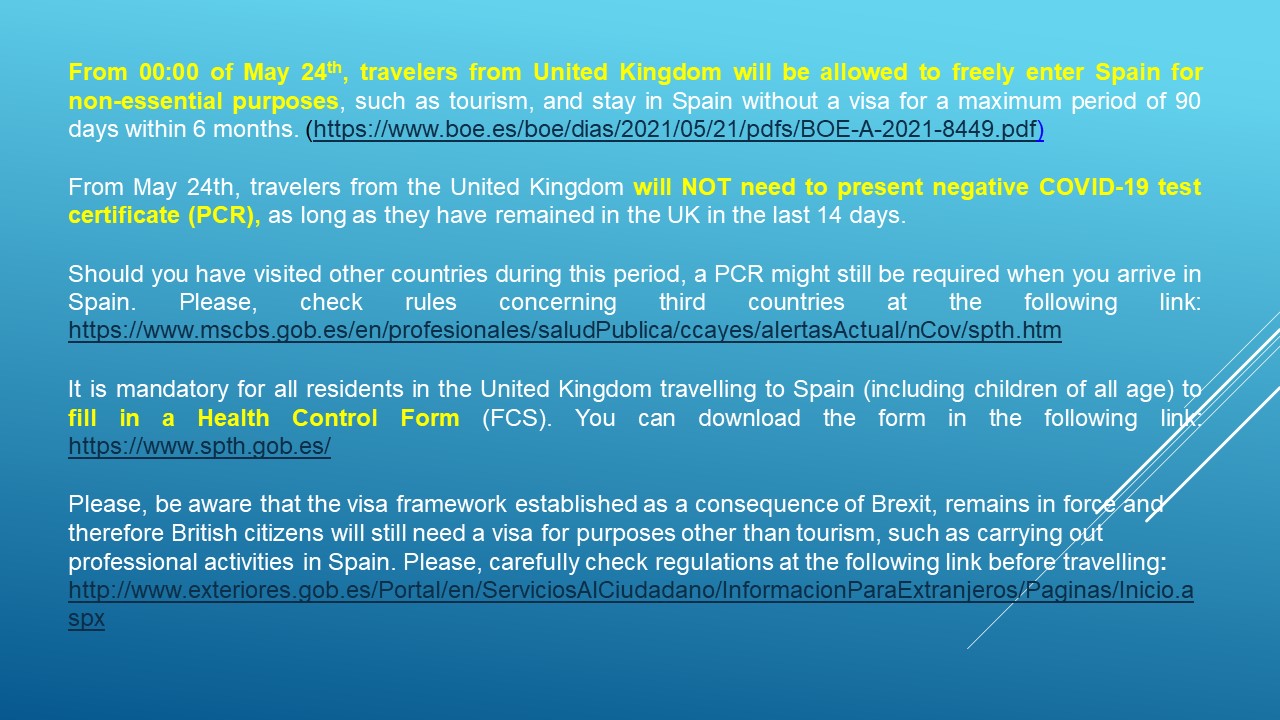 Speaking on Friday at the Fitur tourism fair in Madrid, Spanish Prime Minister Pedro Sánchez confirmed that from Monday, travelers from the UK and Japan and the other countries already on the list “will be able to enter in the country without health controls on arrival.” He added that, from June 7, “tourists from other countries with which there is not complete free movement, among them the United States, will be able to enter Spain provided they count on a certificate showing they have received their full [Covid-19] vaccinations.”

The prime minister also conveyed these messages in English, so that, in his own words, they reached the international press. “I am pleased to inform you that the ministerial order will be officially published today exempting citizens from the UK and other countries such as New Zealand, South Korea or China from temporary restrictions for non-essential trips to Spain,” he said. “I can therefore announce that from next Monday, May 24, Spain will be delighted to receive British tourists again into our country.”

However, a tweet later released by the Spanish Embassy in the United Kingdom did clarify that travelers will still have to complete a so-called “health form” before they travel.

On May 11, Spain also included Israel on its list of countries without travel restrictions, given the dramatic fall in coronavirus cases there thanks to its vaccination program. The data has also improved in the UK thanks to the widespread reach of the vaccines, but there are currently concerns about the prevalence of the so-called Indian variant.

The current list of countries with no restrictions on travel to Spain is: Israel, Australia, New Zealand, Rwanda, Singapore, South Korea, Thailand and China, as well as the territories of Hong Kong and Macao.

Currently, the authorities in England have placed Spain on an “amber list” of countries, with similar classifications and restrictions for Wales, Scotland and Northern Ireland. This means in practice that travelers from the UK can come to Spain, but must quarantine for at least 10 days on their return and take two home coronavirus tests, which must come back negative before quarantine can end. The UK government has been widely criticized for what some see as confusing messaging, with travel to amber list countries such as Spain permitted, but at the same time being actively discouraged by ministers.

What’s more, Spain is currently restricting which travelers can enter the country from the UK, limiting entry to Spanish nationals, EU residents, students with permission to enter and people who are traveling for essential and justified family matters, among other reasons. These are the restrictions that will be lifted from Monday onward, along with the coronavirus testing requirements.

Earlier this month, the Spanish minister for industry, commerce and tourism, Reyes Maroto, predicted that British tourists could begin to freely visit Spain once more from May 20 onward, provided that the authorities in the United Kingdom place the popular vacation destination on its coronavirus “green list” of countries. However, the review of the lists by the British government is not expected until early June.