Spain is a large and diverse country where people like to spend their holidays but also want to buy a second home.

And then, you live in Spain… but where actually?

Maybe you already got to know Spain from your holidays, maybe you are attracted by its culture, or it is because of the climate or the nature. If you are looking for a property in Spain, you certainly also want to know in what kind of country you will be living. To generalise Spain is impossible. The country is so big that culture, nature, cuisine and climates are quite different – and yes, even the languages (there are 5 official ones)!

We all know about the Spanish clichés; that Spaniards love celebrating parties, drinking sangria, taking a nap after eating, that the sun is shining every day and that the Spaniards are never punctual. But as is the case with all other countries,  stereotypes and cliches can only tell us so much about a country.The life in Andalusia is in fact not comparable with the life in a Cantabrian mountainvillage. The atmosphere at the Canarian island EL Hierro has nothing to do with the one in Catalonia, and in the southeast of Spain you will find the only desert in Europe while in the Northwest of Spain you will find  luscious green areas and endless rain showers. Spaniards from Madrid will make fun of you when you say you learned Spanish in Andalusia and when you visit a picturesque village at the isle of Mallorca and you speak Spanish fluently, you will not understand a thing of the local languge as they speak Catalan.

In addition to the Spanish mainland which is located on the Iberian Peninsula in the southwest part of Europe, are there two main Spanish archipelagos: the Canary Islands and the Balearic Islands. But also, the two Spanish enclaves in North Africa, Ceuta and Melilla belong to Spain. The country is divided into 17 Autonomous Communities (Communidades Autonomas), which are further divided into 52 provinces. These provinces are divided into 8.124 municipalities. Madrid is the capital of Spain. every province has their own capital as well, often named after the name of the province. Madrid is the biggest city with 3.165.541 inhabitants. Followed by Barcelona with 1.608.746, then Valencia (790.201), Sevilla (690.566), Zaragoza (661.108) and Málaga (569.009). Cities like Murcia, Palma de Mallorca, Las Palmas en Bilbao complete the top ten list of the biggest cities in Spain. In 2017 Spain had 48.563.476 inhabitants. The country is relatively low populated with an average of 85.8 inhabitants per square kilometer. What also might be interesting is that Spain is a demographic desert. This means that there are living less than ten inhabitants per square kilometer. Especially in the provinces of Teruel, Cuenca, Évila, Segovia and Huesca is that the reason why it is very quiet. 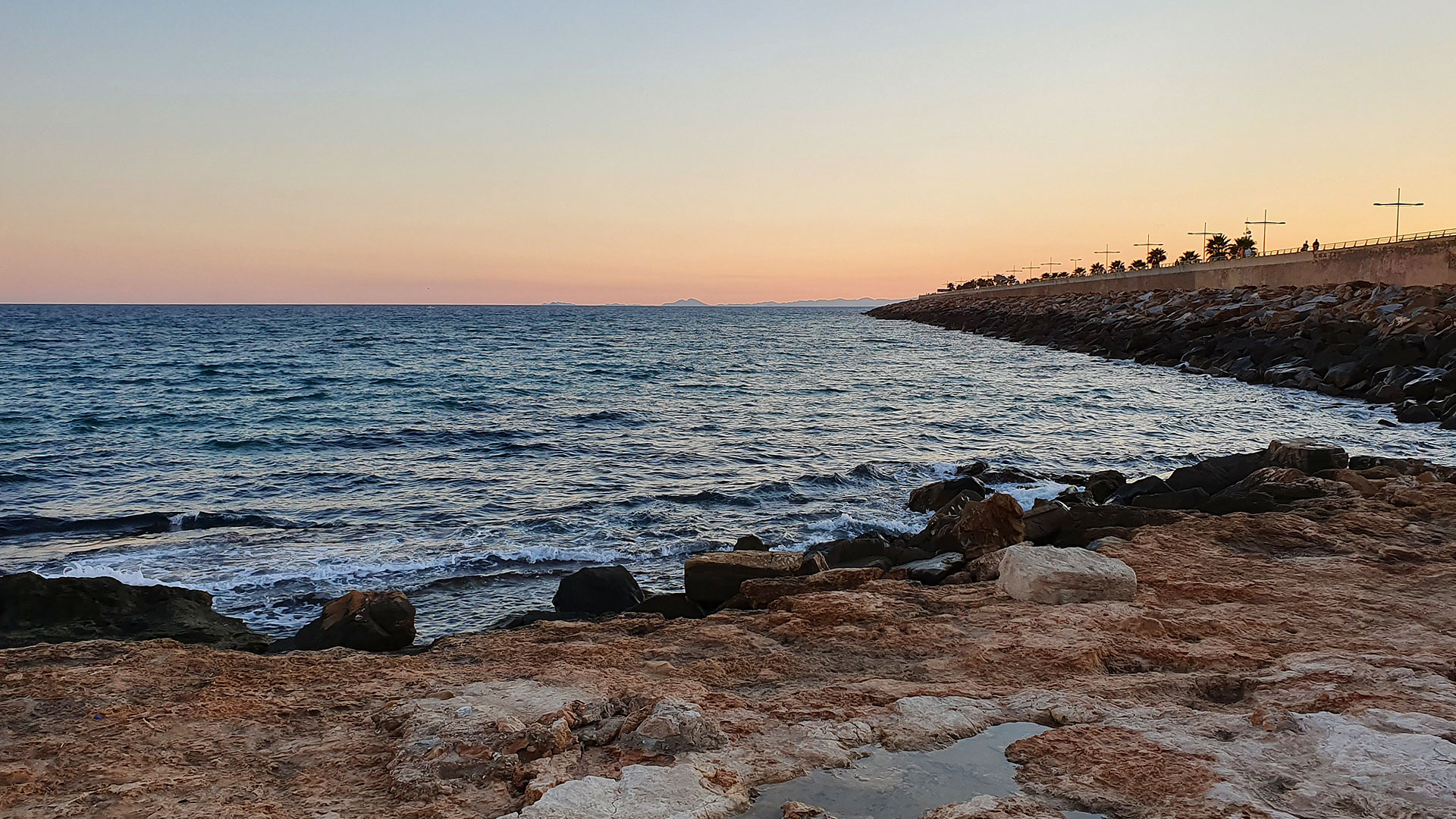 The most important rivers in Spain are the Tajo, the Duero, the Ebro, the Guadiana and the Guadalquivir. Apart from this is it one of the countries with the most mountains in Europe. This includes the Pyrenees in the north – which are actually forming the border between Spain and France – the Iberian System, the Cantabrian mountains, the Central System, and the Betic System in the south. The Mulhacan in the Sierra Nevada in the south of SPain in the province Granda is the highest mountain of the Spanish main land with an altitude of 3.482 meters, followed by the Pico Aneto in the Pyrenees with 3.404 meters. The highest mountain of Spain is located at the island Tenerife and that is the vulcano Pico Del Teide with an altitude of 3.718 meters. Spain has many microclimates, partly due to its location on the Atlantic Ocean in the northwest and southwest and on the Mediterranean Sea along the east and south coast with a plateau in the middle of the country – around Madrid.

Spain is a constitutional monarchy with King Felipe VI as the head of state. The country is since the constitution of 1978 a parlementary democracy. Before that it was a dictatorship under general Fransisco Franco, who won the civil war from 1936 till 1939 and took control of the country. After his death at the 22nd of November, 1975, one decided to make a smooth transition into a democracy, and setting up the Pact of Forgetting so no one could be held responsible for Franco's actions during the civil war and the dictatorship that followed. Since the elections of end 2011 is Mariano Rajoy Brey of the right-conservative popular party the priminister of Spain. The Spanish legislature consists of two chambers, the Cortes Generales. first and foremost there is the Senate, the house of lords with 259 seats and the house of commons, the congreso de los diputados consists of 350 representatives of the people. Spain is with 17 Autonomous Communities the most decentralized country of Europe. The regions Catalonia, Basque region and Galicia have more rights and have their own official language, respectively Catalan (Also spoken in Valencia and the Balears), Basque and Galician. Next to Spanish or Castilian is Aranese also a official language. This is spoken in and around Vall d'Aran in the Catalonian Pyrenees. Asturian and Aragonese are two non-official languages.

As already mentioned, it is not possible to generalize all Spaniards. According to a study by the Spanish Institute for Social Research (CIS), are Andalusians loud and lazy, but also hospitable. The Basques would be brutal, stiff, but also noble. And the Valencians on the other hand are entrepreneurs, hospitable and open. The Catalans would be independent, stingy, proud, closed and entrepreneur, to name only a few. Foreigners often think Spaniards drink Sangria on every terrace but in less touristy places you are better of ordering a 'caña (pint of beer), a 'tinto de verano' (wine diluted with soda), a 'clara' (beer diluted with soda) or a 'agua de valencia' (A cocktail of cava, orange juice, vodka and sugar).

In Spain we often hear the words “mañana” and “no te preocupes”. “Mañana” means tomorrow. But that does not automatically mean our tomorrow – so the next day, “mañana” can be any day. “No te preocupes” means “do not worry”; and this explanation comes automatically no matter the case. Another Spanish phenomenon is the “Siesta”, which is still a remnant of the Spanish peasant times with the long summers, where it was too hot to work between 2pm and 5pm. The tradition of the long lunch break is common only in some parts of Spain, but due to the increasing internationalisation of the economy, the siesta is getting shorter and shorter.

The Spaniards do not really have breakfast either; they drink something and eat something sweet, like cookies. Breakfast will be served at around 10 am with coffee, toast and a coarse sauce of fresh tomatoes or just a bit of olive oil (Tosdadas). The warm lunch follows at 2.30pm and at 6pm there is the “Merienda” a small bite. Dinner will be served at around 10pm. If you are planning to settle down in this temperamental and beautifully versatile country, make sure to first immerse yourself in the local culture where you will be living. One thing can be said:The Spanish people are very hospitable and open towards foreigners. Speaking a word of Spanish may magically open doors. Qué lo disfrutes!